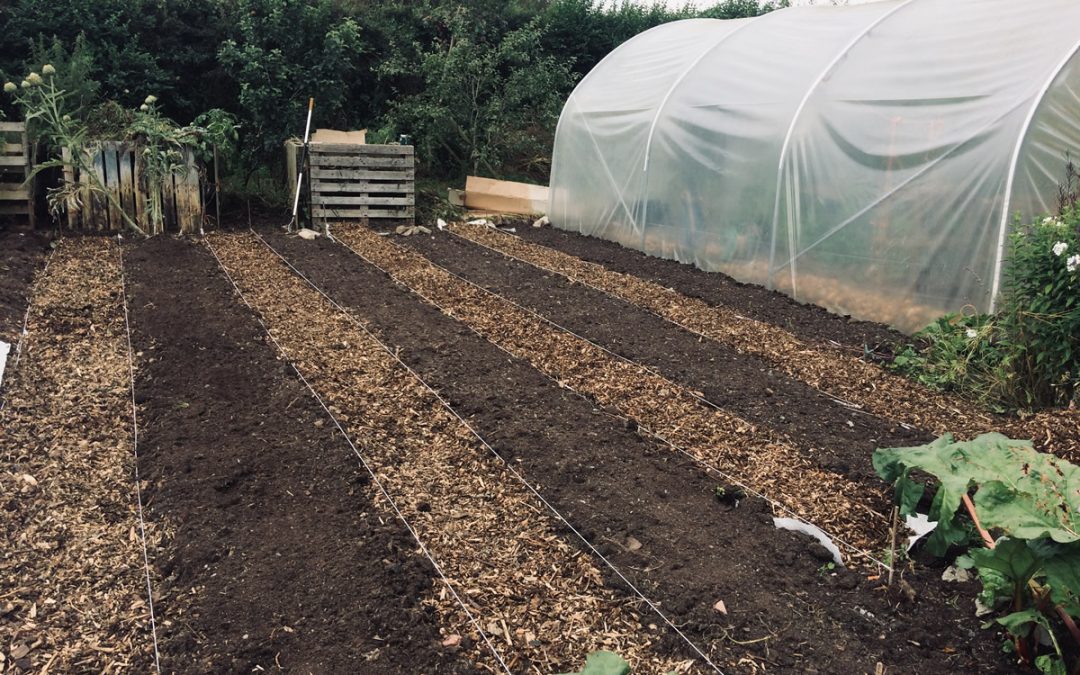 So having got the house to the point where it behaves itself – we have charged batteries, far more hot water, and considerably less chance of it raining inside the house, as well as not having lit the fire for some time now; we have finally been able to turn our attention to what is going on outside. This as it turns out, is rather a lot as at this time of year everything is growing just as fast as it possibly can. We haven’t entirely neglected it – open days and teaching mean that its been tidied around the edges now and then, and Claire has managed to keep the tunnels under control, mostly. 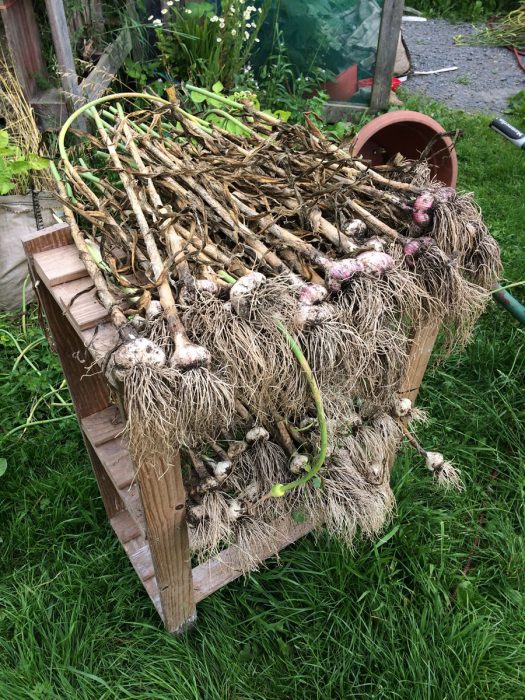 No its the main veg beds outside that have gone native. We describe them as being ‘biodiverse’, but they’d got out of hand. The first task was to lift everything that we could – mainly (Lots of) onions and garlic, which were the most weeded, and so had done pretty well. All the kale and brassicas had come more or less to an end, and the rest was basically marigolds and poppies – pretty and good for the bees, but not great as a food source.

When we originally put these beds in, this was a bare field, and I (Steve) dug them without giving it a huge amount of thought, so they were broadly, as wide as you could reach from each side, and with quite wide paths, which we made using some hardcore and gravel. The beds were very convex, meaning that the soil tended to end up on the paths, which then became very weedy, and things always did better on one side. They also dried out quickly – an irony as the intention of making them so high was to cure the problem of growing in a wet boggy field. 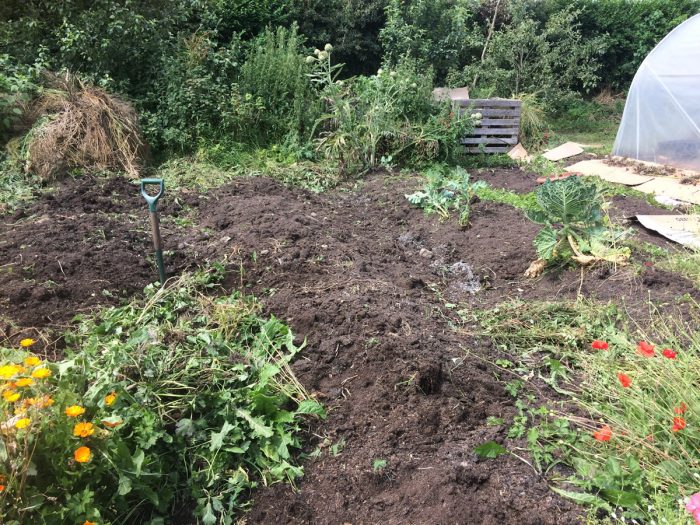 Before / during – you can see that the beds are quite big, and that its hard to see where the paths are as soil has been falling into them. 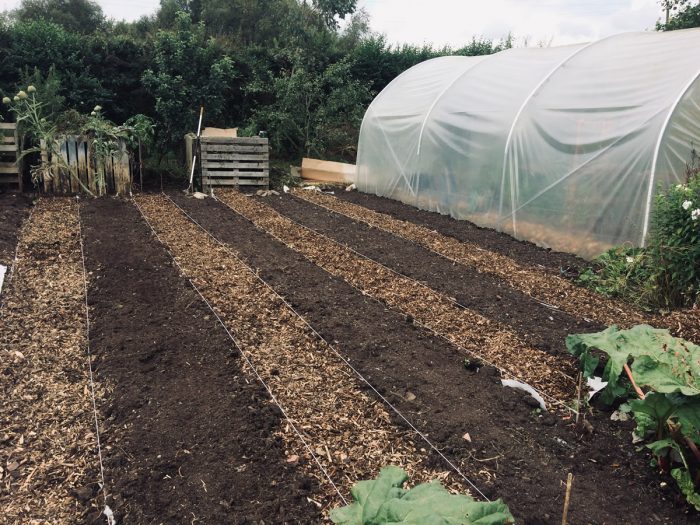 New and improved. The beds have yet to have an extra layer of compost, but the result is a lot more manageable.

So this was an opportunity to reassess things and design a better system. We’d seen some good examples, first in the work of Richard Perkins on the internet, and in person, at Hazel and Davi’s place in Wicklow. It was remarkable for its thoughtful layout of 75cm wide x 10 metre long beds, 40cm paths with deep woodchip, and careful use of manures and composts. Certainly the yields spoke for themselves, and the design was easy to manage. This is basically what we’ve gone for, as we have a huge pile of woodchip that we collected with the firewood mountain. The idea of the 75cm beds is that you can use a wide range of commercial  horticultural tools that are designed for this width.

What we will end up with is 10 beds of approximately 12 metres in length, all uniform widths, and then we will do the same to the long curving beds (they’ll still be curving, just narrower and flat. We’re using a non woven geotextile membrane under the woodchip paths to allow drainage but keep the soil below from mixing with the woodchip and aid weed suppression.

This more uniform design contrasts with the far more freeform approach that we’ve taken in the forest garden area, and it will be interesting to see how maintenance compares over the next few years.