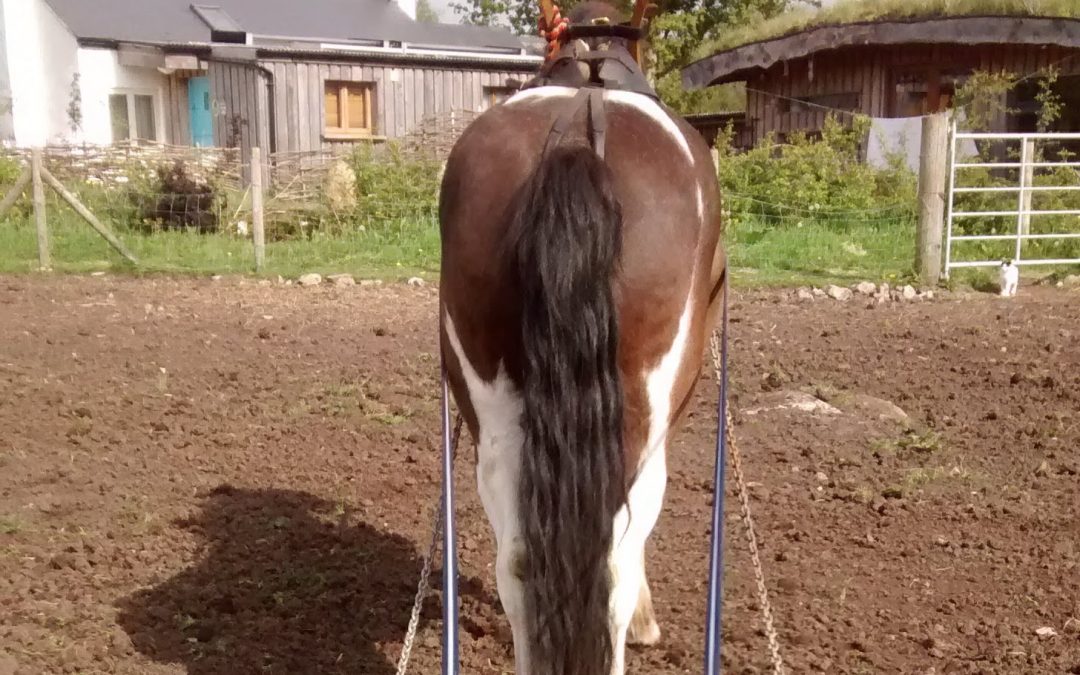 The joy of working horses on the land

Using horses to work and manage the land means that we can eliminate compaction by machinery, get onto bits of ground that are just inaccessible to machines, and also as you are walking behind the horse, you get to know the land really intimately, and spot things that you could never notice when driving a tractor. Plus of course you are producing no pollution and noise. 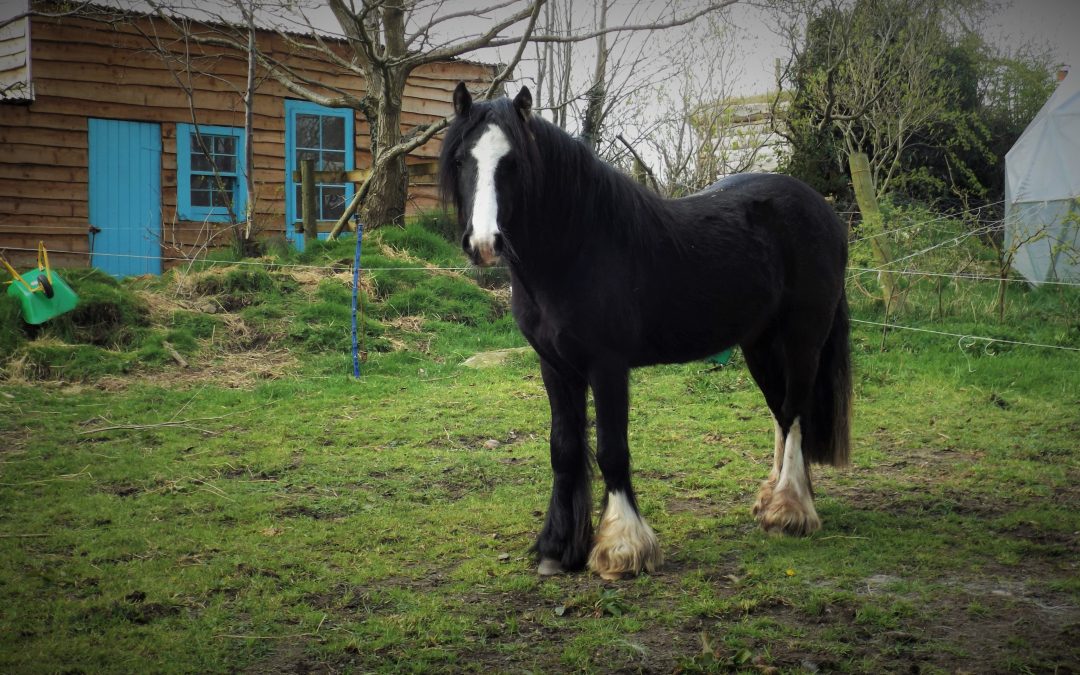 When Paddy met Sean. Round 2.

Poor old Paddy. He woke up on Monday morning with what can at best be classed as terrible constipation. Horses are trickle feeders, and their gut relies on a small steady intake of food to keep everything moving. Colic, usually down to impactions or eating something that has decided to disagree with them, is never a good thing in horses and ponies, and down the years we’ve lost one or two to such things. Hence when it appeared that Paddy had spent a whole night rolling around his stable in discomfort, we called up Sean the vet immediately.

This is Paddy, who is what you’d call a happy accident. When I saw him advertised on facebook, I really did not intend to end up giving him a home. Really. But I casually asked a couple of questions and heard no more. Then I get a message back a fortnight later, and the guy sounds desperate to rehome him, and next thing I’m bringing home a tiny three year old cob stallion, who turns out to be not quite two. Makes a change as they are usually older than people say, not younger. 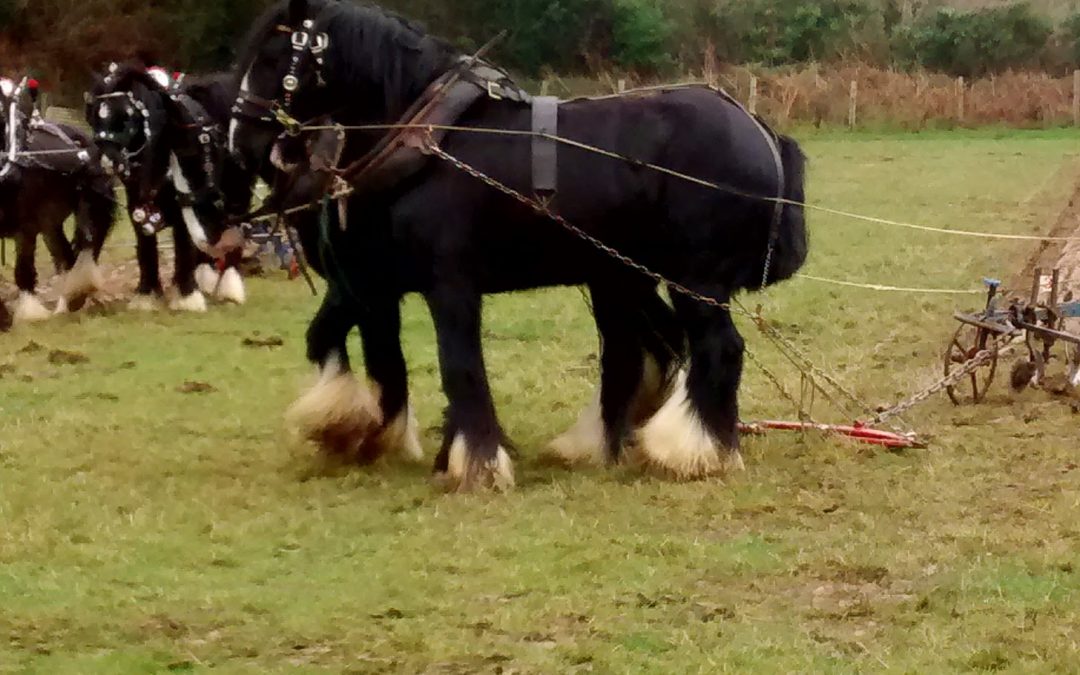 This week we went off to the Ulster Folk and Transport Museum, to their annual Horse Ploughing and country skills day. Apart from anything else it was a good chance to go and have a look at everyone’s harness, as it turns out that literally every single set seems to be different in some way, and we fancied seeing how ours compared. 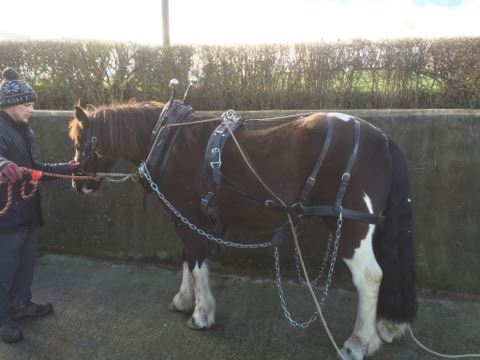 After my recent visit to Bantry to learn some more about working horses, it was time to get things moving here at home, and so Rain has gone off to hoof camp for a couple of weeks in Glengormley, with John McDermott, to learn how to pull things. 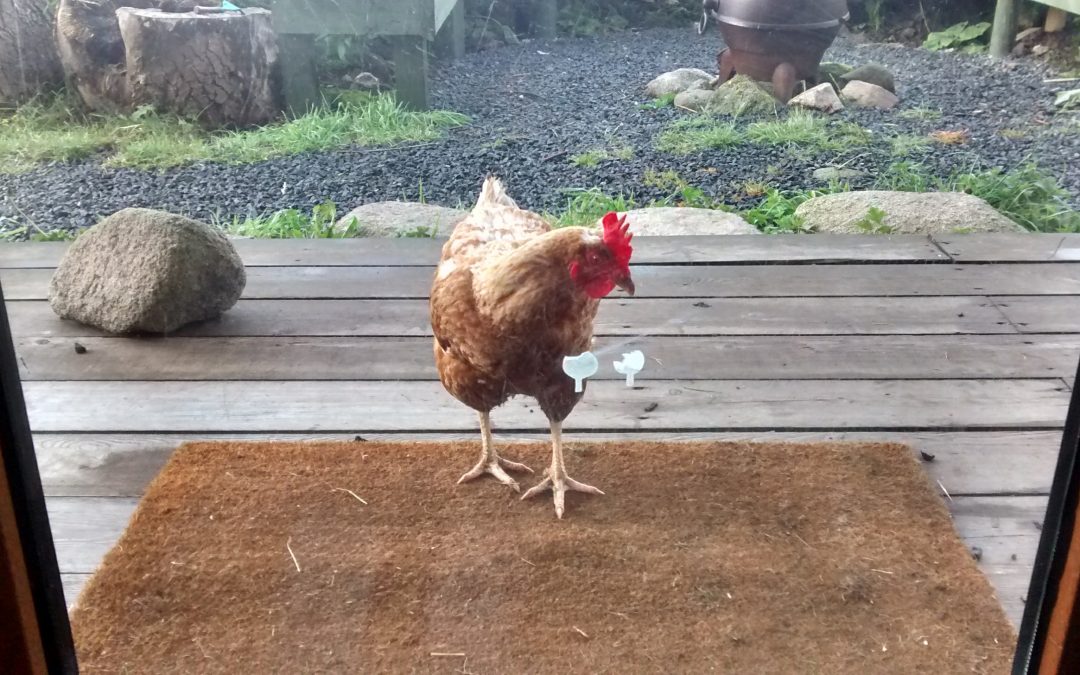 Our three feral cats are becoming steadily more tame – one in particular which you can now pick up and really rather likes all the attention; one who is getting used to being stroked, and the third who thinks that humans are to be regarded with great suspicion, but follows along anyway. Now the problem is that they all follow us up from their hideaway in the hay shed to the house, and Lyra doesn’t get that we don’t want three un-housetrained kittens indoors.