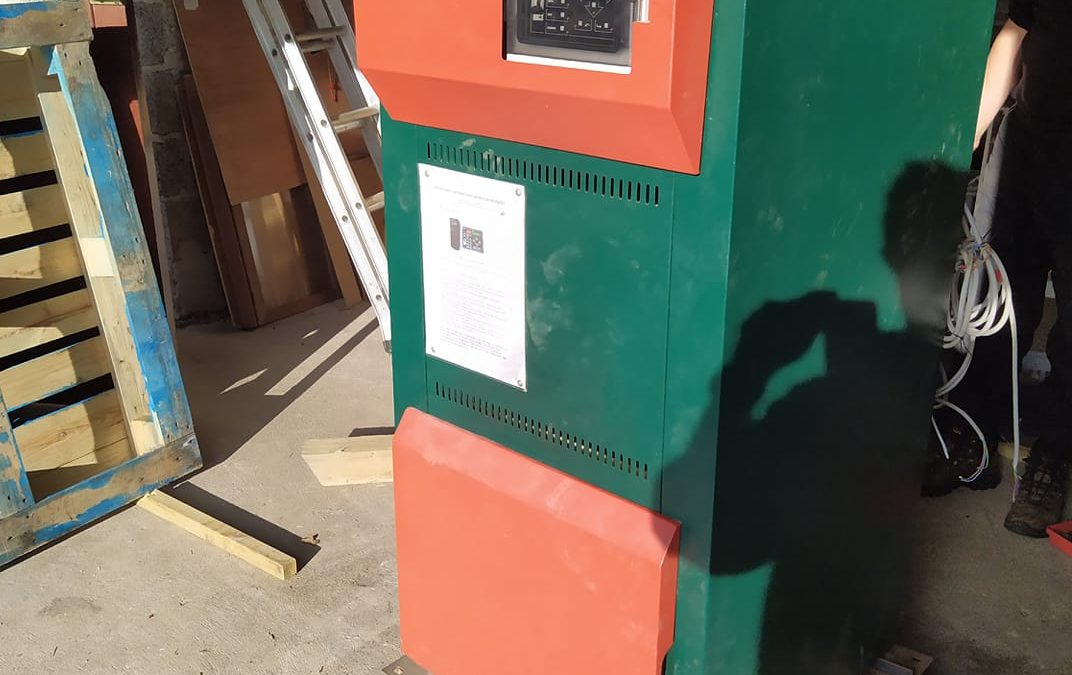 Sometimes we’re just cruising along doing our thing and a project arrives out of the blue. In this case it came in the form of our largest freecycle ever, courtesy of Leo, who had spotted it and decided it was too big a thing to deal with. ‘It’ is a Czech made Ponast woodpellet boiler, the sort made famous by the recent RHI scandal. It burns wood pellets (the clue is in the name) which are made from sawmill waste, in a plant run by electricity generated by burning waste wood and from solar, here in Northern Ireland, so other than the transport to get it here, is carbon neutral, and a very good way to provide some automated heating in the depths of winter. We still have our log burners, but its always good to have options, and some resilience. Plus, with one eye on the future, pellets might be easier than dealing with firewood when we’re old(er) and creaky.

Conor in Lisburn had installed this Ponast KP21 a decade ago and had decided to move to mains gas, so was wanting rid of the boiler, its pellet hopper and associated bits and pieces. “It’s heavy” he said, but it wasn’t until I came face to face with the behemoth that I appreciated just how heavy. The Ponast weighs in at nearly 400kg. Just getting it onto the trailer was a major effort, and once we’d dragged it home, getting it off again and up the 10 metre slope to the covered yard where it would be living, was a serious endeavour.

Having prepared a base of concrete slabs for it to sit on, we took the end off the building, and inched the monster up the yard and into place, using a variety of levers, rollers, and a not inconsiderable amount of swearing. The plan was to use it to heat the water in both cottages in winter, and to put a buffer tank (one that we got off the free ads too) between it and the thermal stores in the cottages in order to reduce the amount of times it would need to be fired up (in theory, at least). 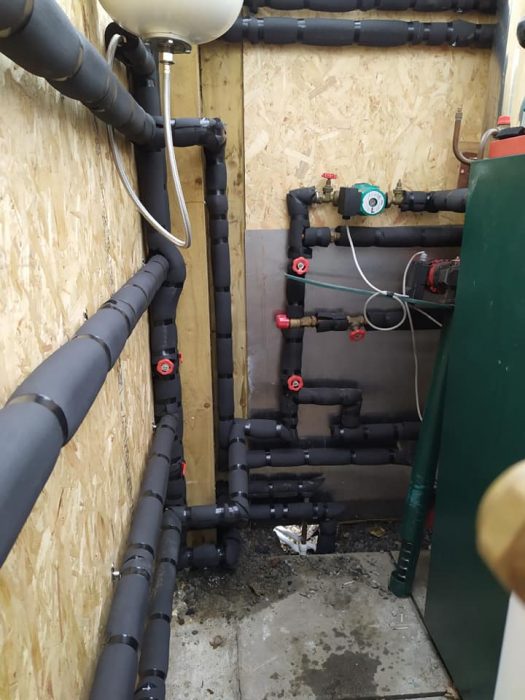 It was at this point that I realised just how much plumbing would be involved in connecting it to both houses. One route would involve going under a path, through the length of our woodstore, through a wall, the roofspace behind the bookshelves in our big room, and then off into the attic before arriving at the tank there. The other route would have to go overhead, through the battery room, a rainwater tank store, out, into Birch cottage, then through the length of the bathroom behind the cupboards and loo, before emerging into the pantry, and the tank there. In total this turned out to be 80 metres of copper and plastic pipe, which of course then needed insulating properly.

Rather than considering the entire job, I just decided to only think about one part at a time, so drilling 60mm holes through concrete walls for the pipes and insulation was one day, one job. Running the pipes was another. Lots, and lots, and lots of scrutiny of manuals, youtube and questioning later, I had decided what to do. The idea is that Birch Cottage just has a hot water feed to spare tappings on its tank, which is open vented. Over in Lackan Cottage, we would feed into a spare boiler coil in its tank, and also connect direct to the central heating.  So far so good. 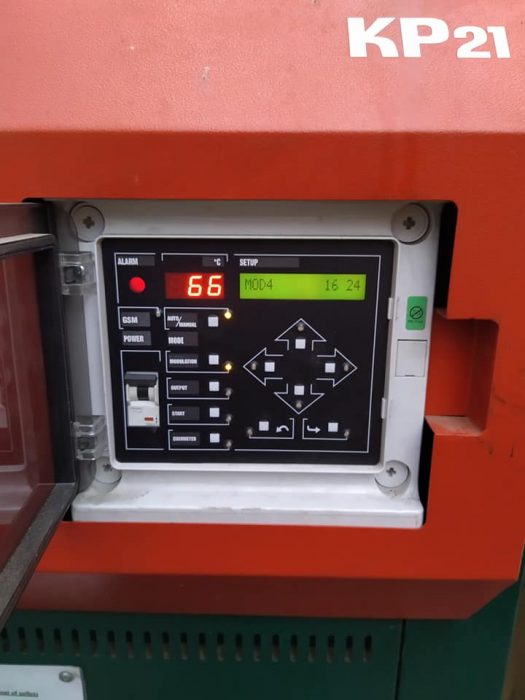 Three weeks later I’d got all this done, and filled the system. The boiler started up with some pellets in it, though it uses 2kw for 10 minutes as it lights the pellets, which is ok as long as the batteries are in reasonable shape, but on at 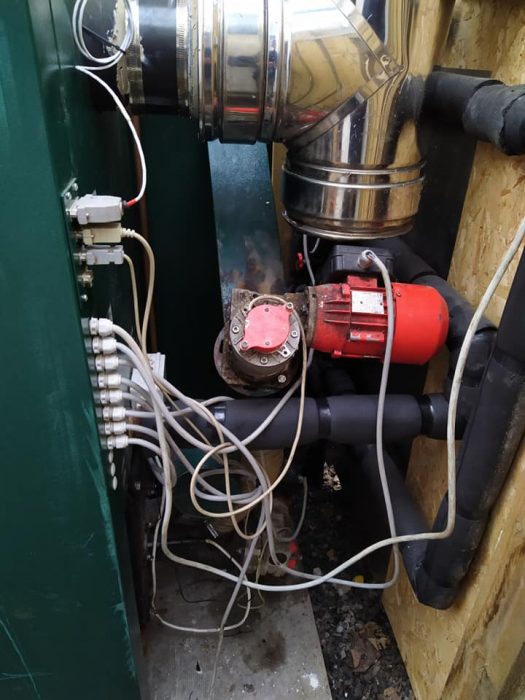 least once occasion resulted in us waking up to next to no power when I forgot to turn the thing off and it restarted on the hour, all night.

Another week and more swearing, some non return valves, one flood in Birch cottage, and I’d managed to get the air out of the system, and finally today, 4 weeks after first seeing the ad, we successfully got hot water and heating in both houses simultaneously, which is a considerable relief. Now for some fine tuning.